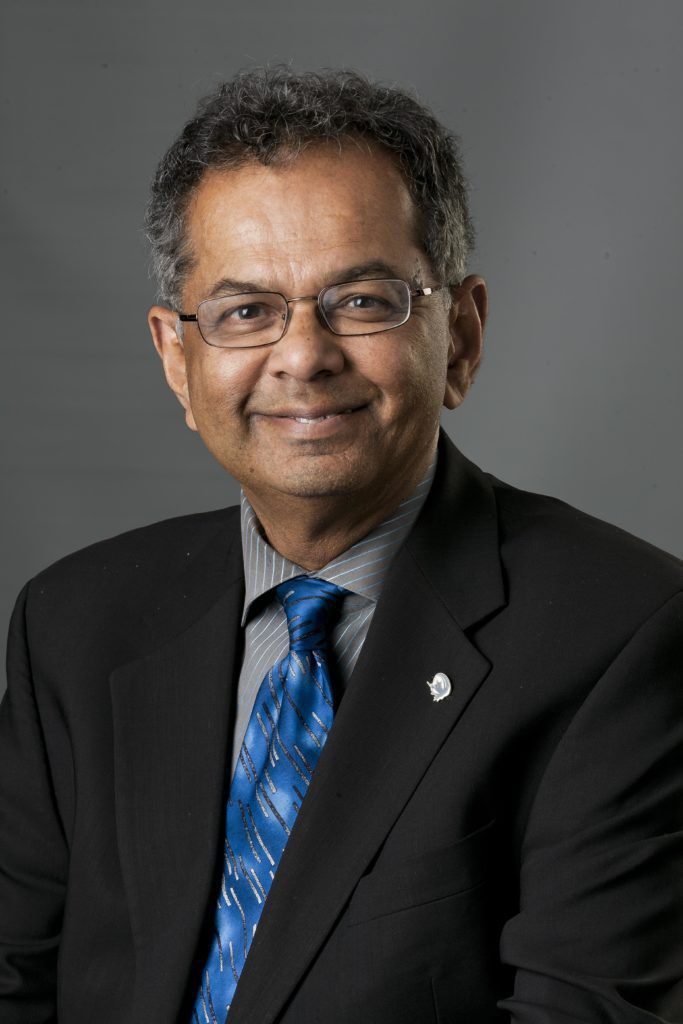 Dr. S. Chan Wirasinghe is a Professor in the Department of Civil Engineering at the University of Calgary. Formerly, he served as the Founding Dean of the Schulich School of Engineering. Dr. Wirasinghe formed the International Institute for Infrastructure Renewal and Reconstruction (IIIRR) which facilitates research on the mitigation of the effects of large natural disasters.

Dr. Wirasinghe holds a PhD and MS in Civil Engineering (Transportation) from the University of California at Berkeley. His current research is in the areas of public transportation, air transportation, mitigating the effects of large natural disasters and transportation in developing countries. His work on urban public transport systems has led to basic insights regarding metro, light rail transit, and bus route planning and design.

Dr. Wirasinghe is a former member of the Council of the NSERC, the Natural Sciences and Engineering Research Council of Canada, and serves on Camp 18 of the Corporation of Seven Wardens. He is a member of the Association of Professional Engineers and Geoscientists of Alberta (APEGA), and a Fellow of the Canadian Academy of Engineering, the Canadian Society for Civil Engineering, and the Canadian Society of Senior Engineers. Dr. Wirasinghe has written over 225 papers and received recognition from NSERC for continuously holding a Discovery Grant for over 25 years. He is co-Editor-in-Chief of the Journal of Advanced Transportation and a member of the Boards of several organizations. Dr. Wirasinghe has received numerous awards for education, research leadership, and community involvement, including the 2005 Calgary Citizen of the Year in the Community Achievement category.