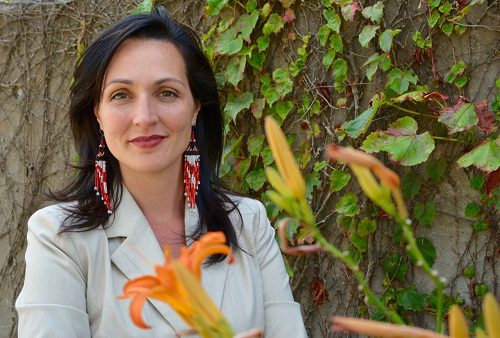 Professor Naiomi Metallic is an assistant professor and Chancellor’s Chair in Aboriginal Law and Policy at the Schulich School of Law, Dalhousie University. Previously, she was an associate lawyer at Burchells LLP.

Originally from the Listuguj Mi’gmaq First Nation on the Gaspé Coast of Québec, Professor Metallic is alumni of Dalhousie Law School (LL.B.), the University of Ottawa’s Civil Law program (LL.L.) and Osgoode Hall at York University (LL.M.). Her passion, both as a lawyer and as a law professor, is in finding how the law can be harnessed to promote the well-being of Indigenous Peoples in Canada.

Professor Metallic was the first Mi’gmaq person to clerk at the Supreme Court of Canada. In 2016, she was included in the 10th edition of Best Lawyers in Canada© in the area of Aboriginal Law. Professor Metallic is a founding director of the Listuguj Aboqonmadultinech Community Foundation. She is a member of the Nova Scotia Legal Aid Commission and the Association des juristes d’expression française de Nouvelle-Écosse.