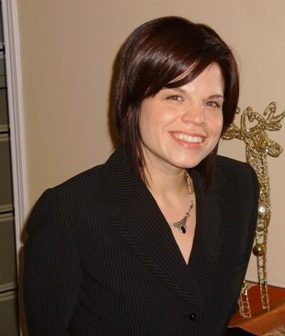 Lynne-Marie Postovit is a cell biologist who studies how cells communicate with their immediate environments, and how communication gone awry can lead to disease. In addition to conducting cancer research, Dr. Postovit is an Assistant Professor in the Department of Anatomy and Cell Biology at the University of Western Ontario.

Dr. Postovit is the recent recipient of Canada’s Premier Young Researcher Award, a career development prize given to Canada’s brightest young researchers at the beginning of their careers. Additional honours include doctoral and postdoctoral fellowships from the Canadian Institutes of Health Research (2001 to 2003; 2005 to 2007) and the Arthur W. Ham Graduate Student Award (2003) awarded to the top Canadian graduate student at the Canadian Association for Anatomy, Neuroscience and Cell Biology.