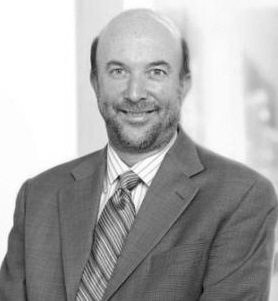 Luc Vinet is Professor of Physics and past Rector of the Université de Montréal.

Prof. Vinet is a world-renowned theoretical physicist with research interests in gauge field theories, supersymmetry, quantum algebras, integrable systems and combinatorics. Prof. Vinet holds a doctorate (3rd cycle) from the Université Pierre et Marie Curie in Paris, France, and a PhD from the Université de Montréal, both in theoretical physics. After two years as research associate at the Massachusetts Institute of Technology (MIT), he was appointed in the early 1980s as a faculty member in the Physics Department at the Université de Montréal. There, Prof. Vinet distinguished himself as, among other things, director of the Centre de recherches mathématiques (CRM) – one of Canada’s national mathematical sciences institutes – from 1993 to 1999, and president of the Network for Computing and Mathematical Modeling (NCM2) from 1996 to 1999. In 1999, he joined McGill University as Provost.

From 2005 to 2010, Prof. Vinet was the Rector of the Université de Montréal, one of Canada’s leading universities. Among the many initiatives he realized are the development of a new campus and science pavilion project at the Outremont rail yards acquired in 2006, the creation of the School of Public Health, the establishment of both the Cité du Savoir in Laval and the Biodiversity Centre in Montréal, and the founding of the International Forum of Public Universities.

Prof. Vinet has served on the boards of many organizations. He is currently a director of the Collège Jean-de-Brébeuf, Fulbright Canada, and the National Institute for Nanotechnology. He holds an honorary doctorate from the Université Claude-Bernard in Lyon, France. He was made an Officer of the Ordre des Palmes académiques by the French Government and Knight of the Ordre de la Pléiade by the Parliamentary Assembly of the Francophonie. In 2009, the Government of Québec awarded him the Armand-Frappier Prize in recognition of his outstanding research career and of his contributions to the creation and development of research institutions.