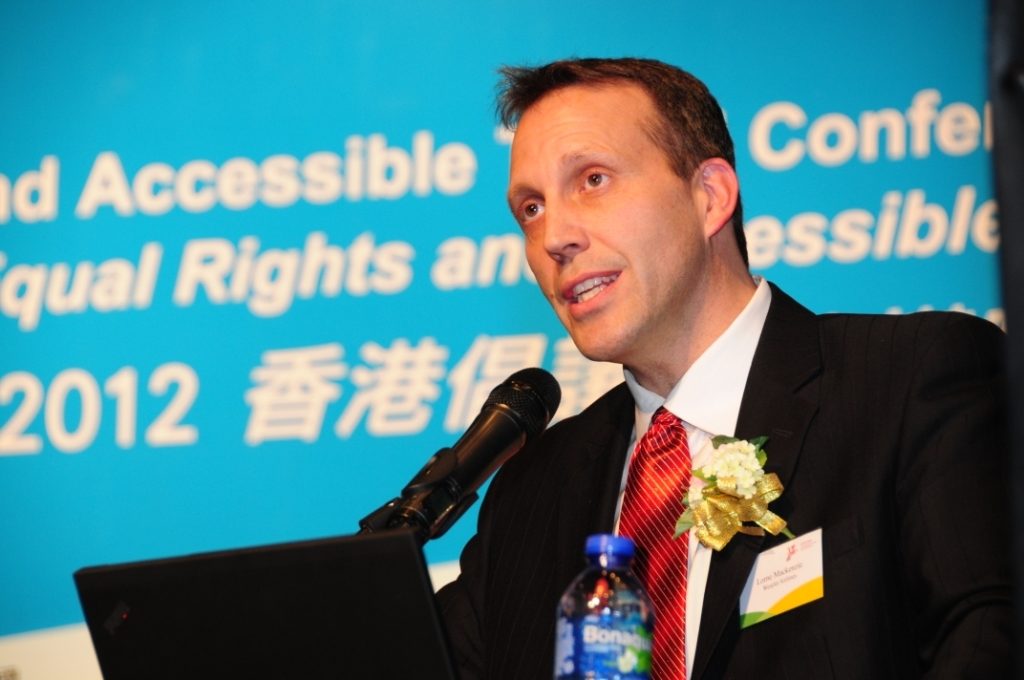 Mr. Lorne Mackenzie is the Director of Regulatory Affairs at WestJet Airlines. He started in Beijing, China with Canadian Airlines, managing the City Ticket Office, and after four years, moved to Victoria, BC to manage the base there. After six years, Mr. Mackenzie moved to Calgary as the Manager of Manpower Planning at Air Canada Jazz. Later, he became the Leader of Corporate Security, Human Resources, Facilities and Technical Publications at Air Canada for Zip, before joining WestJet in 2004.

Mr. Mackenzie obtained a MBA in HR and Executive Leadership from Royal Roads University. He has been in the aviation industry for over 23 years, with the last 10 years overseeing the accessibility program at WestJet, engaging regulators and advocacy groups and ensuring the Federal Transportation Network is accessible to persons with special needs without imposing an undue hardship on the service provider.