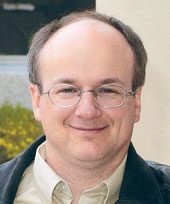 Professor and Prichard-Wilson Chair in Law and Public Policy, Faculty of Law, University of Toronto (Toronto, ON)

Professor Roach served as Research Director for the Goudge Inquiry into Pediatric Forensic Pathology and for the Commission of Inquiry into the Investigation of the Bombing Air India Flight 182. He also served on the research advisory committee for the inquiry into the rendition of Maher Arar and the Ipperwash inquiry into the killing of Dudley George. He has testified as an expert witness on the police-governmental relations before the Military Police Commission and advised the Tunisian Constituent Assembly on constitutional regulation of security services. Presently, he is acting as advisor to the Truth and Reconciliation Commission on Residential Schools. Professor Roach has represented Aboriginal and civil liberties groups in many interventions before the courts on sentencing Aboriginal offenders (Gladue, Wells and Ipeelee); mandatory minimum sentences (Latimer); Charter remedies (Stillman, Dunedin Construction, and Ward), strip searches (Golden), the definition of terrorism (Khawaja) and voting rights (Corbiere and Sauve). He is also involved with the Asper Centre for Constitutional Rights.

Professor Roach is the author of 13 books and is the co-editor of several collections of essays and published casebooks. He is the author of the Criminal Law and Charter volumes in Irwin Law’s essentials of Canadian law series. He is the co-editor of 13 collections of essays and 3 casebooks including most recently Comparative Counter-Terrorism published by Cambridge University Press in 2015. He has also written over 200 articles and chapters published in Australia, China, Hong Kong, India, Israel, Italy, Singapore, South Africa, the United Kingdom and the United States, as well as in Canada.