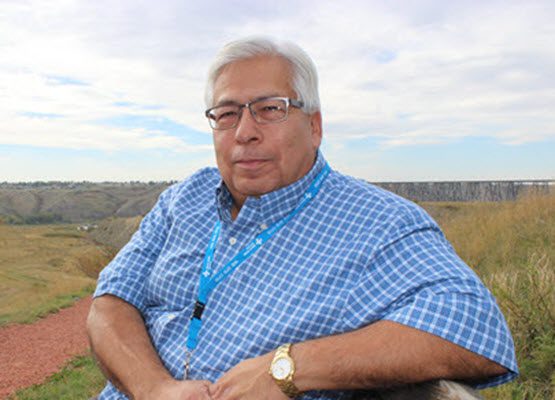 Mr. Crowshoe has extensive policing experience with First Nations people in Alberta and British Columbia. Throughout his Royal Canadian Mounted Police (RCMP) career, he held supervisory positions as a Detachment Commander in “K” and “E” Divisions, and investigated serious crimes. He strongly believes in community policing and recognizes the need for building long-term partnerships between police and Aboriginal communities. After more than 20 years of service with the RCMP, Mr. Crowshoe retired at the rank of Staff Sergeant in 2006.

From 2001 to 2003, Mr. Crowshoe took time off from the RCMP to participate in a major project on the development of Canada’s second diamond mine in the Northwest Territories. While employed by Diavik Diamond Mines, he developed policies and programs for site security that were recognized internationally.

Mr. Crowshoe was seconded to Public Safety and Emergency Preparedness Canada’s Aboriginal Policing Directorate (APD) from 2003 to 2005. During this period, his objectives were to negotiate Alberta’s self-administered tripartite agreements for policing services, and develop community tripartite agreements whereby the RCMP were the service providers. After his secondment, Mr. Crowshoe returned to the RCMP and finished his policing career in the “K” Division Aboriginal Policing Services, where he managed the division’s policing services for the Aboriginal and Métis communities in Alberta. In the fall of 2006, Mr. Crowshoe joined the APD as Regional Manager, responsible for Alberta and the Northwest Territories. This provided him the opportunity to continue working closely with the First Nations communities in the province and territory.

Mr. Crowshoe’s educational experiences include a long history in professional career development, including but not limited to: leadership management, police/justice leadership, strategic planning and indigenous governance.

Mr. Crowshoe is a recipient the Queen Elizabeth II Diamond Jubilee Medal, the 125th Anniversary of the Confederation of Canada Medal, and the Long-Service Award from the Government of Canada for 25 years of service. He was also presented with a soapstone sculpture and Sacred Eagle Feather in recognition of his contributions to the First Nations people of Canada. Mr. Crowshoe’s ancestry is Blackfoot and originates from the Piikani Nation Reserve in southern Alberta. In 1997, he was inducted as an Honorary Chief of the Piikani (Blackfoot) Nation, which included a traditional transfer for a sacred eagle headdress. Mr. Crowshoe is deeply involved with his Blackfoot culture and spirituality. He is married with two daughters and two incredible grandsons.