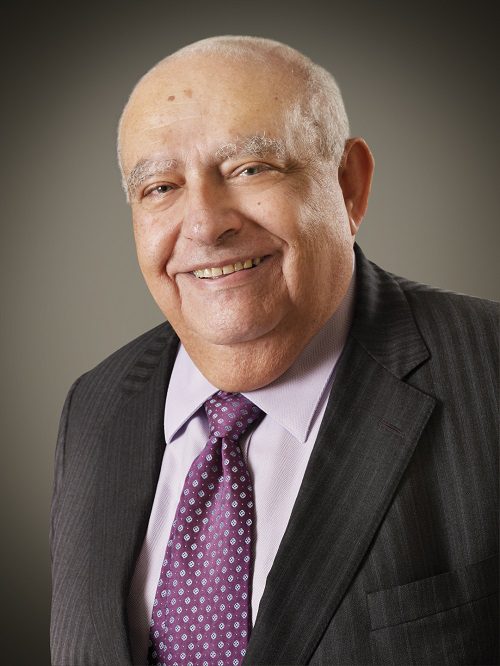 Dean, Faculty of Engineering, University of Waterloo (Waterloo, ON)

Adel Sedra is Dean of the Faculty of Engineering at the University of Waterloo, and is also Chair of the Waterloo Institute for Nanotechnology.

Dr. Sedra joined the faculty of the University of Toronto in 1969, rising to the rank of Professor in 1978. From 1986 to 1993, he served as Chair of the Department of Electrical Engineering (now Electrical and Computer Engineering). Then in July 1993 he assumed the position of Vice-President, Provost, and Chief Academic Officer of the University of Toronto and served in this capacity for nine years, leading the university through two major long-range planning cycles, first in 1994 and again in 1999. Following this, Dr. Sedra joined the University of Waterloo in July 2003 as Dean of the Faculty of Engineering where he led the Vision 2010 academic planning process.

Dr. Sedra currently serves on the Research Council of the Canadian Institute of Advanced Research (CIFAR), and has just completed 13 years of service as a delegate to Oxford University Press. Among his awards and honours, he is a Fellow of the Institute of Electrical and Electronics Engineers (IEEE), the Canadian Academy of Engineering (CAE) and the Royal Society of Canada (RSC). He has also been awarded the Education Medal of the IEEE (1996), the Award of Excellence of Ontario Professional Engineers (2002), and he has received three honourary doctorates from Queen’s University, the University of Toronto and McGill University.

Dr. Sedra received his bachelor’s degree from Cairo University in Egypt in 1964, as well as a Master of Applied Science and a PhD from the University of Toronto in 1968 and 1969 respectively, all in Electrical Engineering. Specializing in microelectronics, he has co-authored about 150 papers and three textbooks, including Microelectronic Circuits, which is now in its fifth edition and in 10 languages, with over one million copies in print.